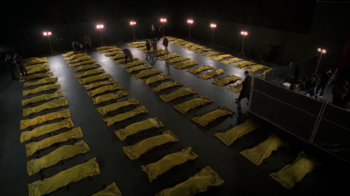 "What they're telling you, what they're going to report, they're the opposite of the facts. A claim to ignorance of the facts."
Written by Chris Carter & Frank Spotnitz
Directed by Rob Bowman
"Nine minutes that became a lifetime for those passengers, and now for their families. Someone has got to figure out what happened in those nine minutes. Somehow, we've got to get them back."
— Fox Mulder
Advertisement:

Mulder and Scully investigate a plane crash that may have been caused by an encounter with a UFO.