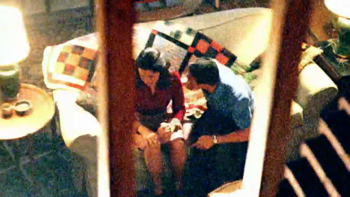 "He said he was going to exorcise his demons."
Written by R. W. Goodwin
Directed by Kim Manners
"There is nothing here that points directly to your guilt. I mean, unless somebody can show me with absolute certainty that you were holding the weapon that killed those two people, the rest of the narrative is far too convenient and suspect."
— Dana Scully
Advertisement:

Mulder wakes up in an unfamiliar hotel room with no memory of the past two days and someone else's blood on his shirt. In attempting to recover his memories of recent events, he also encounters new and significant memories about his childhood.