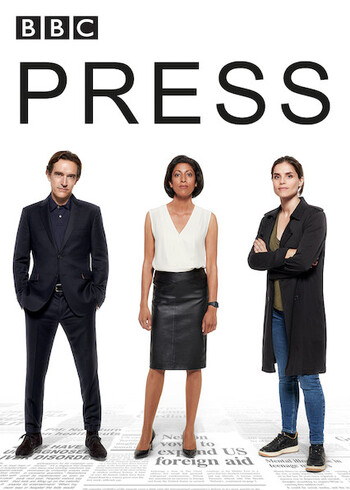 Press is a 2018 television series focusing on two opposing British newspapers, The Herald - Intrepid Reporters whose Honor Before Reason status have led to them falling behind in a more modern age - and The Post - an Expy of The Sun, who generally follow the principles of If It Bleeds, It Leads and frequently feature PageThreeStunnas, which makes them immensely popular largely to the Lowest Common Denominator.