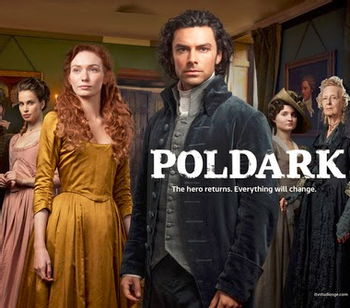 Poldark is an BBC1 series that aired from 2015 till 2019. It is adapted from a twelve novel series by Winston Graham and is the second such adaptation of the books. Set in Cornwall, it follows the story of Ross Poldark, a young gentleman who returns home from war to find his father dead, his estate in ruins, and his sweetheart (Elizabeth) married off to his cousin (Francis).