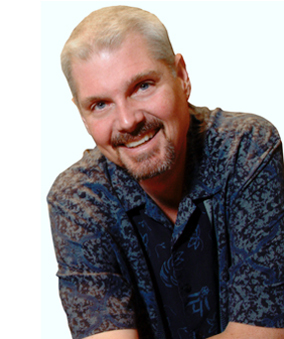 "Judge me by my size, do you? And well you should not."

Thomas Kane Roberts (born April 15, 1962 in Overland Park, Kansas), known professionally as Tom Kane, is a fairly prolific voice actor with over 25 years of experience whose MO seems to be always lurking just in the background of most of the shows he's been on, with his distinctive voice often sticking out among the masses. However, he has done some starring roles as well, his most well-known probably being Professor Utonium (the Powerpuff Girls' father and creator) and Him (the flamboyant devil character who's so evil, his real name can't be said, so he goes by "Him") from The Powerpuff Girls (1998), Mr. Herriman from Foster's Home for Imaginary Friends, Lord Monkey Fist in Kim Possible, Magneto in Wolverine and the X-Men (2009) (and reprised his role as the character in Marvel vs. Capcom 3, The Super Hero Squad Show, and Marvel Ultimate Alliance 3: The Black Order), Yoda in the Star Wars franchise (whenever he's not voiced by Frank Oz), and Ultron in Next Avengers: Heroes of Tomorrow (reprised his role as the character in The Avengers: Earth's Mightiest Heroes and Marvel Heroes). In addition, he does commercial voices for Cartoon Network. He is also a prominent video game voice actor, appearing on numerous titles - from bit parts to major roles such as Gandalf and Professor Xavier. In the arena of non-animation voiceover work, he records movie trailers, TV promos and commercials daily. He's also done voiceover work for the Disney Theme Parks, most notably being the narrator of the Happily Ever After firework show, the announcer of the Walt Disney World monorail system, and Admiral Ackbar in Hyperspace Mountain. In addition, he has been the announcer for the AFI Life Achievement Award show twice, as well as the 78th, 80th and 83rd Academy Awards. Tends to be cast as a Fake Brit.

In 2020, Kane had a stroke affecting his speech functions. While he recovered, in September 2021 his daughter posted on his Facebook page that he chose to retire early due to long-term apraxia (difficulty in being able to smoothly transition syllables) as a result of the stroke.

Not to be confused with Tom Kenny.

His notable roles by medium: