Look What I Can Do Now! 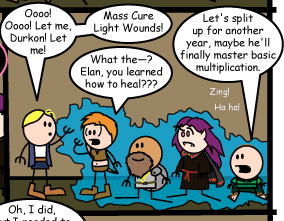 "You won't believe the things I can do now!"
— A great many characters written by Simon Furman

Occasionally, a character will either see fit to train, or, in some cases, be forced to train. This will take them away from their core group for a while, but they'll Take a Level in Badass and come back stronger than ever.

Usually, during their absence, the core group will have to undertake a perilous journey or fight a group of enemies without Character X. One bad guy will give them trouble, and just when all hope seems lost, Character X will appear and brutally manhandle the foe.