Fan Fic / The Ballad Of Echo The Diamond Dog 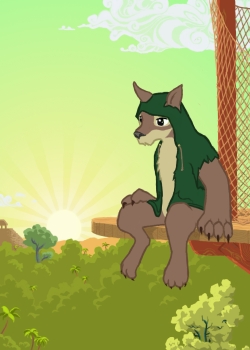 ''The Ballad of Echo the Diamond Dog''

is a My Little Pony fanfic written by Rust

It's a self-insert fanfic, but instead of being a nice, pretty, technicolor pony, he's turned into one of the carnivorous, brutish Diamond Dogs, because he made a deal with Discord... who was disguised as a man in a tracksuit.

Within five minutes of him appearing in Equestria, he's fought Ahuizotl, met Daring Do, and gotten his throat torn out. Things just get weirder from there.

Also has a sequel

Part of the The Chessgame Of The Gods series of My Little Pony fanfics, if not the original story in the collaboration, although is self contained and does not cross over with any of the other fanfics like the others.