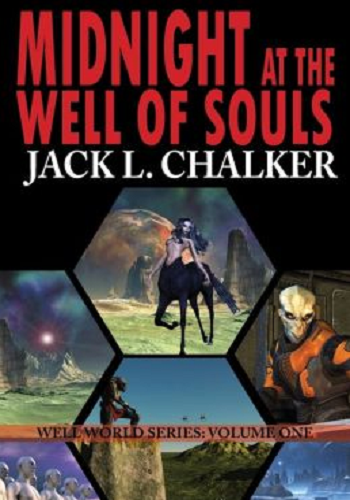 The setting for a series of science fiction novels by Jack Chalker, beginning with Midnight at the Well of Souls in 1977. The Well World is a planet-sized computer created by an ancient race that used it to expand and stabilize the universe; its surface is a series of 1560 hexagonal laboratories used to develop new sentient species with carbon-based lifeforms in the southern hemisphere and truly alien lifeforms in the north. Newly arrived space travellers are incorporated into the experiment by being automatically assigned to a "hex" and transformed into its dominant species. Control the Well World and you can theoretically control the entire universe. Of course, it's never that simple.

Watchers at the Well side series:

Alternative Title(s): Midnight At The Well Of Souls