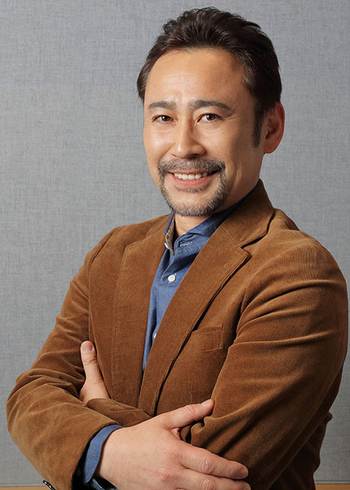 Er, ahem, step back and let me handle this.

Episode One: In Which A Seiyuu Is Described

Alright, basically I'm this seiyuu from the Chiba Prefecture, but I do some stage acting on the side. Most well-known roles? Gotta be Valgaav from Slayers, Genta Kojima and Detective Me in Case Closed and the titular character in, well, of course...

Did I mention that I also did a lot of work in most of Capcom's old video games? They couldn't get enough of me, I guess.

Not related to Motoki Takagi – their surnames are written with different characters.

TV Tropes, I believe in God!
I can become one of the top 3 seiyuu of this business with just this.
But I'm not that smart, you know?
YOU AMATEUR!