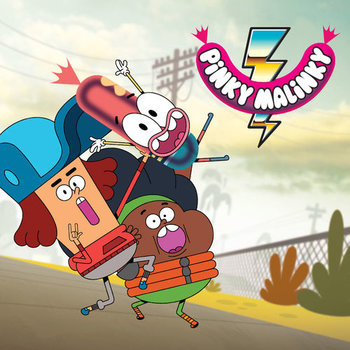 Based on one of the first pilots made by Cartoon Network Development Studios Europenote which would eventually produce some weird show about a blue cat, the series is about the titular Pinky Malinky, a boy who is a literal weenie thanks to an odd genetic defect. Alongside his human pals Babs Buttman and JJ Jameson, Pinky's goal is to become more like a winner and less like a wiener.

Nickelodeon greenlit the series in 2015, but after a few years of silence, it eventually came to light that the series would be exclusive to Netflix, becoming the first Nicktoon to do so. The first season debuted on the streaming service January 1, 2019; the second season aired April 22, 2019, while the final set of episodes premiered on July 17, 2019.