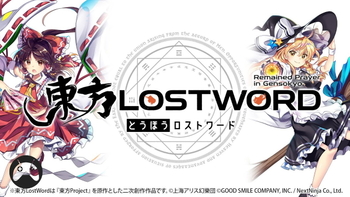 A turn-based Touhou Project gacha RPG for smartphones that launched in 2020 in Japan before a global release on 11 May 2021. It follows a player-named girl, ostensibly from the Outside World, who unexpectedly finds herself inside Gensokyo, carrying a journal which only she can open and read. Upon meeting a handful of the main cast, it becomes apparent that her abrupt appearance is linked to the phenomenon of Seal Crystals popping up all around the region...and thus begins a new, cross-dimensional incident.