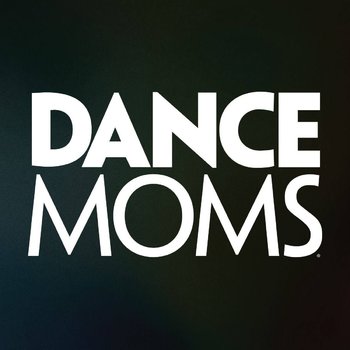 "My world is with my girls,
living on the dancefloor!"
Advertisement:

A Reality Television series on Lifetime that premiered in 2011. The entire series is available to watch without an account on Lifetime's official website

. Highlights, compilations and full episodes are also available on the show's YouTube channel

At its most basic level, the show revolves around the Junior Elite Competition Team of the Pittsburgh-originated Abby Lee Dance Company (headed by Abby Lee Miller), consisting of a group of young girls aged 6-15 who Miller is training to become professional dancers, as brought and looked after by their mothers (the titular "dance moms", akin to "soccer moms"). The main portion of the show's episodes has the team practicing for and traveling to weekly dance competitions, building up to Nationals (which is often what seasons end with).

Of course, that's not what most come to watch.

While watching the girls grow up and improve is an undeniable long-term aspect, the lion's share of the show's success is attributed to the drama and conflict among the show's subjects (sometimes created through less-than-ethical means on behalf of the producers), such that it's incredibly rare for an episode to go by without at least one shouting fight. This drama comes from the combined factors of Miller's extremely strict and controversial teaching techniques, rivalries between mothers, ongoing tension with rival dance teams (namely Cathy Nesbitt-Stein and her Candy Apples Dance Center, who are practically presented as the show's antagonists), and personal problems. One early tagline for the show stated that "[Miller] makes stars, not friends" — and boy, was that ever true.

As the show progressed, Miller moved her operations to Los Angeles, and more emphasis was put on the girls' burgeoning music and acting careers — but it became quite evident that real-life issues were present as well. Miller's behavior and treatment of the girls, already concerning to some at first, grew increasingly critical and intense such that official company departures from original team members on less than amicable terms became common, with some of the girls developing serious emotional problems. Later seasons were also affected by Miller becoming prone to breakdowns and working through legal troublesnote In January 2014, dance mom Kelly Hyland was arrested on charges of assaulting Miller; her child Paige would file a separate ultimately-dismissed lawsuit towards Miller in October. In 2010, she filed for bankruptcy and owed more than $400,000 in taxes. In 2014, numerous lawsuits were thrown her way from former team members. In 2015, she was indicted for fraud, concealment of bankruptcy assets, and false bankruptcy declarations for making a secret bank account to hide income. She was eventually sentenced on May 9, 2017 to a year and one day in federal prison followed by two years of supervised release. which grew so immense that she reportedly abandoned the moms and the elite dancers for three weeks before resigning from the show as of March 26, 2017.

However, in July 2018, despite mass rumors that the show had officially ended or that it would continue with a new head coach replacing Miller, she announced that she would be returning for an eighth season with an entirely new team of dancers now relocated to Pittsburgh, which ran from June to September 2019.

Eventually, this extensive time period of close calls regarding the show's livelihood would eventually come to a head in June 2020, when numerous mothers came forward with allegations of Miller making racist remarks towards their children and fostering a hostile environment towards them based on their race. Lifetime officially severed ties with her shortly after, effectively ending Dance Moms for good, or at the very least erasing chances of Miller returning if a ninth season is ordered.

The show's popularity has helped its starring girls achieve success in mainstream areas such as clothing, music, and acting, and has also inspired a number of spin-off series: