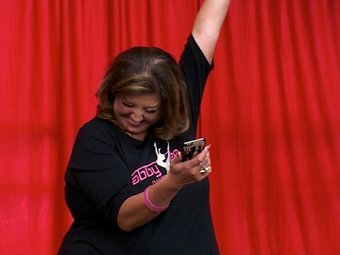 The usual reaction elicited from these moments.

It's a reality show based around dance. There's bound to be some shining moments.