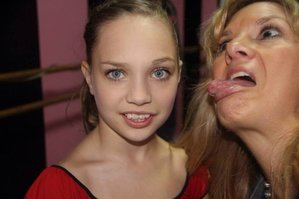 There are plenty of funny moments in the world of the Abby Lee Dance Company.