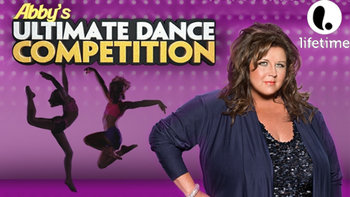 Abby's Ultimate Dance Competition is a Lifetime dance reality competition series that grew from the same roots as Dance Moms. It is hosted by radio host Kevin Manno. The premise of the show is based around young talented dancers fighting for the honor of being Abby's Ultimate Dancer, which comes with $100,000 and a scholarship to the prestigious Joffrey Ballet School in NY.

The first season aired from October to December 2012, racking up twelve million views along the way. The series was then renewed for a second season which aired from September 2013 to November 2013.