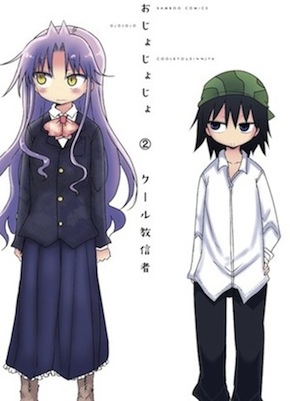 Haru Jigokumeguri, within a week of moving to yet another new high school, becomes isolated from her classmates yet again due to her arrogant behavior. A lifetime of being brought up as the daughter of the head of a powerful conglomerate has caused her to act unpleasant towards the "commoners" she tries to converse with. As a result, she has never had a single, genuine friend in her life.

With no one else to talk to, Haru decides to dump her self-centered musings onto Tsurezure Kawayanagi, the resident weirdo known for his odd fashion sense and his quiet, emotionless demeanor. Being both somewhat socially awkward in their own different ways, they somehow begin an unexpected friendship.

Ojojojo is a slice-of-life comedy written by Cool-Kyou ShinshaLiteral Translation "A believer in the religion of Cool", centered around Haru Jigokumeguri and the small circle of True Companions she gains throughout the story. The manga is drawn in a Yonkoma format where the interactions among the characters become a steady source of humor and some very heartwarming moments. In North America the manga is licensed by Seven Seas Entertainment.

Compare I Can't Understand What My Husband Is Saying, another Odd Couple series from the same author, except with a married couple. Not to be confused, confounded, or compared with Mojo Jojo, the evil villainous bad guy whose name sounds like the title of the foreign Japanese comic that this online internet page describes above and lists tropes it contains below. Also not a spin-off of JoJo's Bizarre Adventure.