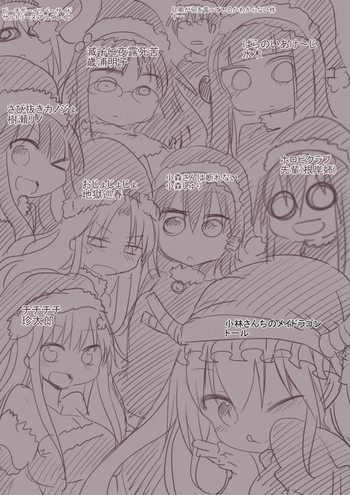 Cool-Kyou Shinsha (クール教信者) is a Japanese mangaka. He has over a dozen manga series and contributions to manga anthologies. Some of Cool's most popular published works, I Can't Understand What My Husband Is Saying, Komori-san Can't Decline!, Miss Kobayashi's Dragon Maid, and Peach Boy Riverside have anime adaptations.

His works mostly focus around Slice of Life escapades between eccentric (but usually grounded) individuals as they go about their day-to-day lives and interact with one another.

He has a decent online presence with an Official Website

and has a wiki

Regarding his name, kyoushinjya (教信者) is the term used for religious believers: Kirisutokyoushinja/CHRISTkyoushinja (キリスト教信者) roughly equates to "Christ Faith devotee" or "Christian." This makes Kuurukyoushinja/COOLkyoushinsha (クール教信者) something like, "believer in the Religion of Cool" or "Coolian," with his own website going with "Coolist".