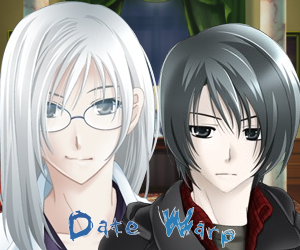 A Ren'Py-based Visual Novel released in English by Hanako Games in 2010. Take a sprinkling of Otome Game, a dash of Speculative Fiction, a lot of sneaky references to a certain movie - and serve over a bed of plot twists that make it hard to describe anything much about the story without giving too much away.

Our heroine is Janet, who is on her first date with a boy named Bradley. A storm leads them off their path, and their car breaks down. They find a mansion and ask to stay until the storm passes. The following morning, when they try to leave, they find a forcefield keeping them inside. You can find the game here.