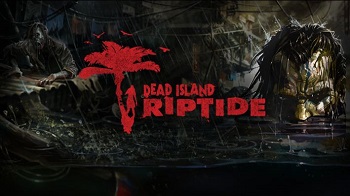 Dead Island: Riptide is the follow-up to 2011's Dead Island, and is not so much a sequel as a really big expansion pack. After surviving the outbreak of kuru that transformed most of the vacationers on the Pacific island of Banoi into cannibalistic rage zombies, the five survivors are taken into the custody of the Australian military.

Things promptly go wrong, as usual, and they subsequently wash up on the shore of Banoi's neighboring island Palanoi, which is part of the Australian commonwealth. Due to the one-two punch of the kuru outbreak and a recent torrential monsoon, Palanoi's settlements are both depopulated and flooded. With the help of a reporter for the World Health Organization and the lone survivor of the military blockade around Banoi, the survivors must figure out a way to get to Palanoi's main city and hopefully, find a way off the island.

Riptide caught hell in much of the gaming press for the trailer, the collector's edition, and for being more of an expansion rather than a sequel (consequentially doing nothing to fix any of Dead Island's numerous, notorious flaws). The original game was cut a lot of slack by many players and critics for being a labor of love that spent several years in development hell, so its bugs, cumbersome inventory system, and occasionally bizarre graphics were all part of its barely-made-it-to-market charm. Riptide has all of those problems and a few more besides despite coming out a year and a half later.

With that in mind, virtually all of Dead Island's gameplay tropes also apply to Riptide.