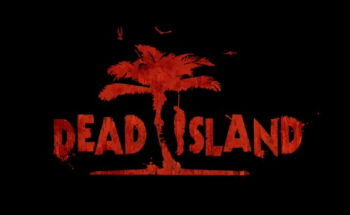 The guy swinging from the tree got off lucky.
Advertisement:

So you're on vacation, trying to get away from your hectic life back home and have some fun time with your family, when all of a sudden zombies show up. Don't you hate it when that happens?

Dead Island is a Wide-Open Sandbox first-person survival horror game by Techland, makers of the Call of Juarez series, with action RPG elements (such as skill trees, random weapon drops, and heavy emphasis on 4-player co-op gameplay) very reminescent of Diablo or Borderlands. It is set at the Royal Palms Resort on Banoi, a (fictional) tropical island off the coast of Papua New Guinea. For reasons unknown (a mutated strain of Kuru is hinted), the dead have risen from the grave to consume the living, and the surviving tourists, staff and locals are fighting for survival. Melee combat is the name of the game; since you can't really expect to find that many guns in a luxurious beach resort, you have to make do with the assortment of close-range weapons that you have around you. This is reflected in the game's physics system, which places emphasis on detailed gore, including limbs that may be broken or chopped off and heavy damage that may gib.

The game was first announced way back in 2007, with a teaser

debuting at GC 2007 and promising a release date the following year. Nothing was heard from the developers on the subject for years, until the release of a new trailer

in early 2011, and... holy crap. From the very second of its release that trailer became a viral phenomenon, Dead Island went from a presumed-dead zombie game to the talk of the entire gaming world, even getting the attention of the non-gaming press in a way that few smaller games ever do. This despite the acknowledgement from Techland stating that trailer would not be indicative of actual tone or gameplay.

Gamesradar.com did a sponsored movie/miniseries entitled Dead Island: Origins to advertise for the game on their website.

A single-player DLC campaign was released in February of 2012 starring Ryder White, and it sheds an entirely new light on the events of the main game.

A sequel, Dead Island: Riptide, was released in April 2013. Techland has also trademarked the title Dead World. A tie-in short film "No Retreat"

was also released. On August 7th, 2013, Deep Silver announced Dead Island: Epidemic, a MOBA with heavy emphasis on action and killing AI-controlled zombies. It was closed in October 2015 due to the lack of interest combined with very low playerbase.

for the next sequel Dead Island 2 premiered at E3 2014 with a planned 2015 release. However, the game would end up falling into Development Hell, changing developers twice, before finally getting a new 2023 release.

Escape Dead Island is a third-person action-adventure game serving as a side quest where you work with Xian Mei to uncover the truth and promises a beta copy of the second game. Trailer can be found here.

Dying Light was the sequel Techland wanted to make, despite the change in names.

Dead Island Retro Revenge was released on May 31, 2016 as a spin-off title and is a 2D Sidescrolling Runner in the vein of Canabalt starring a guy named Max (presumably the looter in the Dead Island 2 trailer) fighting through hordes of zombies to get his cat back.

Dead Island: Survivors was released on July 3, 2018 with Tower Defense gameplay and a more cartoony aesthetic.