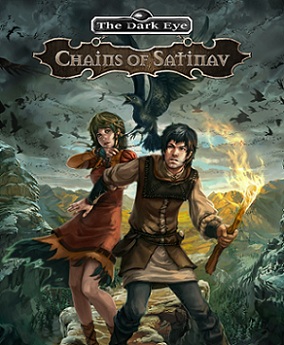 In the Kingdom of Andergast, there lives a much abused young man named Geron. 13 years ago, an evil mystic called the Seer was burnt at the stake, following an attempt on his part to take over the kingdom using the power of an artifact called the Fairy Harp. Before he died, he picked Geron out of the crowd of people who had come to his execution, and proclaimed that the boy would bring doom.

Ever since then, most people in Andergast have taken to treating Geron as a walking bad-luck charm. It doesn't help matters that Geron does have a certain magical knack for breaking things, and that he's an orphan and a peasant. He makes a difficult living as an apprentice to an old bird-catching trapper named Gwinnling.

One day, King Wrathling declares that there will be a festival in celebration of the visit of the Queen of Nostria, a neighboring kingdom against which Andergast has waged 14 wars against. As part of the festivities, he calls the older boys of the town to a contest - whoever can find four hidden metallic leaves first will receive an audience and honors from the King. Geron, determined to prove his worth, manages this feat, for which the King awards him with... the job of clearing the crows out of his castle's guest bedchamber.

Unfortunately, these are no ordinary crows - they're far more aggressive, destructive, and intelligent than normal birds. After his attempts to catch them conventionally fail, Geron turns to Gwinnling for help. Gwinnling remembers a time in which crows like these haunted the skies at the Seer's command, and bids Geron to go and catch a fairy in order to make a special remedy for cursed crows.

Geron, peeved by what he thinks is foolishness, sets off into the woods to seek out a fairy at the site of an old Fairy Gate that Gwinnling told him about, and "catches" the fairy Nuri. When he comes back, he finds that he has several problems. First, Nuri is no Disney Fairy - she's human-sized, and just intelligent enough to get herself into a lot of trouble without constant supervision. Second, Gwinnling has been brutally murdered and his eyes plucked out. Last and worst, the Seer apparently is making a return to the world, somehow - more and more of his birds are in the sky, and dark fairies twisted by his abuse are hunting Nuri. And then things get complicated.

Chains of Satinav is a 2012 point-and-click adventure game set in the world of The Dark Eye, developex by Daedalic Entertainment. A sequel, Memoria, was released in 2013.

Alternative Title(s): The Chains Of Satinav