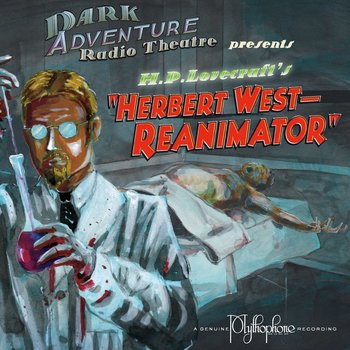 To life, to life I'll bring them...
"Of Herbert West, who was my friend in college and in after life, I can speak only with extreme terror."
Advertisement:

Herbert West—Reanimator is a horror novella by H. P. Lovecraft. It was originally serialized in six parts in 1922.

Herbert West, a medical student at Miskatonic University and later a qualified doctor, experiments with a process he hopes will allow him to restore life to dead bodies. His experiments lead him down dark paths and result in a horrible end for himself, carried off in pieces by his own creations.

Inspired the Re-Animator film series starring Jeffrey Combs as Herbert West. The first two films, Re-Animator and Bride of Re-Animator, adapt incidents from the novella, while the third film, Beyond Re-Animator, invents a new story.