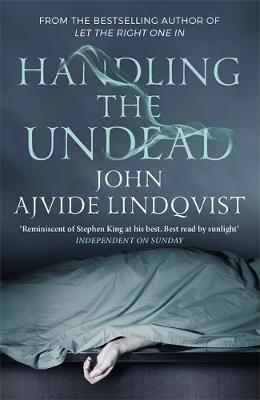 Hanteringen av odöda (English: Handling the Undead) is a 2005 horror novel by Swedish author John Ajvide Lindqvist about what happens when the dead start coming back. While it has some elements of a Zombie Apocalypse, the story turns out to be very different: the zombies aren't dangerous themselves, just confused, and the whole phenomenon only lasts for about a month. Overall, the story focuses more on the living and how they handle encountering their dead loved ones again.