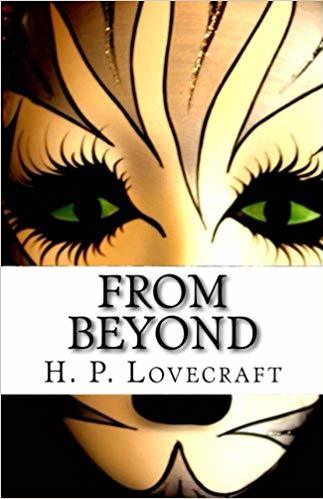 "From Beyond" is a horror short story by H. P. Lovecraft, first published in 1934.

The story tells of a high-strung scientist named Crawford Tillinghast who has invented a machine that — partly by stimulating the pineal gland — allows its users to see the vast and terrible layers of reality that coexist with the world perceived by the five senses. He forces the unnamed narrator to undergo this soul-destroying experience, as revenge for previously dismissing Crawford's theories.

A film adaptation was made in 1986, starring Jeffrey Combs.