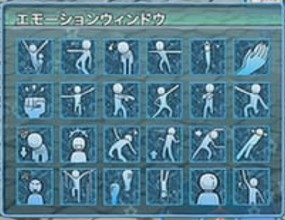 Using an Emote Command in some games (especially MMORPGs) will trigger Emote Animations. Sometimes, these are also used as Idle Animations, or recycled by the devteam for cutscenes.