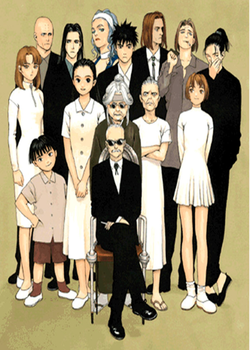 No doubt, only the strongest will survive this TV Tropes page!
Advertisement:

Known in Japan as Gōketsuji Ichizoku ("Gōketsuji Clan"), Power Instinct is a Fighting Game series by Atlus. Essentially a parody of the fighting game genre at the time (the series begin in The '90s, at the rise of Street Fighter II's fame) it eventually evolved into its own silly series. The plot focuses on the Gōketsuji family who usually hold a tournament every few years to decide their leader. No real stakes beyond that front and all the members are as quirky as they come.

The games in this series are the following: