Video Game / Rage of the Dragons 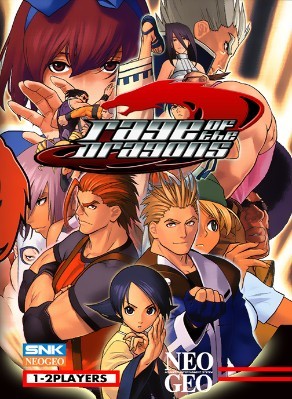 Rage of the Dragons is a tag team fighting game released for the Neo Geo in 2002. It was originally intended to be a sequel to the Double Dragon fighting game released for the Neo-Geo in 1995, but Evoga, the developer of the game, couldn't get the rights to the characters, so the game became more of a homage to the series. This is most evident when one looks at Jimmy and Billy Lewis, who are based on the similarly named Lee brothers from the original Double Dragon games. Sub-boss Abubo also resembles Abobo from the first game. In May 2020, Piko Interactive acquired the intellectual property of the game.