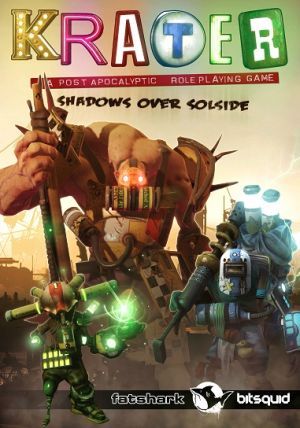 Krater is a squad based hack and slash RPG by Fatshark.
Advertisement:

In the third millennium, a catastrophic war known as the Untergang has devastated the world, killing off and/or mutating nearly all life on earth. Years after the Untergang, the survivors have begun to form somewhat-primitive settlements throughout the ravaged world. One of these settlements, located in what was once Sweden, is the eponymous Krater. An infinitely deep cavern formed by one of the nukes dropping during the Untergang, and filled with ancient treasures of the old world.

You play as a rag tag team of mercenaries come to make their fortune in the Krater. Along the way, however, you stumble upon a plot by the notorious bandit leader Bloodscalp and his mysterious benefactor...