Flying on a Cloud 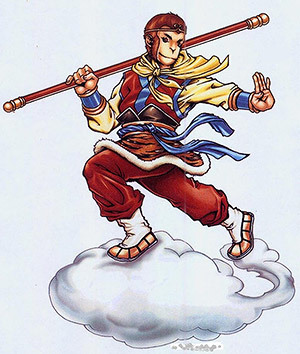 Brought to you by Sun Wukong the... flying... monkey...
Advertisement:

The ability of someone to fly around by standing or sitting on a cloud. Usually justified by the cloud being magic and largely implemented due to Rule of Cool.

In East Asian fiction, this is commonly associated with a Monkey King Lite.

The Boss Sumo Bro rides on a cloud and attacks Mario with lightning.

The Boss Sumo Bro rides on a cloud and attacks Mario with lightning.