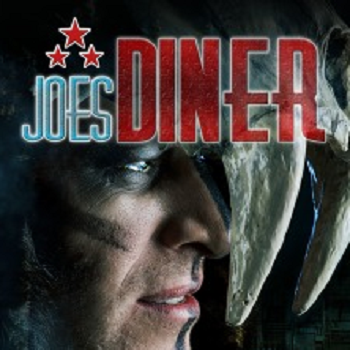 Somewhere out on the venerable route 7, you'll find Joe's Diner. An unassuming Greasy Spoon out in the middle of nowhere... built on a Native American burial ground.
Advertisement:

As the night shift janitor for the next month, your job is to clean the place up each night, and keep the noise down. Why that second one? Well, buried in the Indian cemetery beneath the diner are two chieftains, Grim Feather and Laughing Bird, who could not STAND each other in life. Even in death, Laughing Bird can't help wanting to deny his rival his eternal rest by randomly turning on stuff in the diner at night.

That's why you have to keep things quiet, and turn off anything Laughing Bird turns on. If it gets too noisy in the diner, Grim Feather will rise and take out his wrath on you. So, yeah, keep the place quiet.