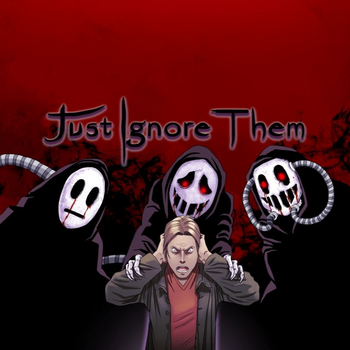 Just Ignore Them is an indie horror game created by developer Stranga. The story begins with Mark, a man who is tormented by the monsters that have been following him since he was a child. While staying at a motel on his way to the airport, he helps a woman named Brea that joins him on his trip, and together, the two of them head to New York in search of answers.
Advertisement:

The game was first released for PC in 2017, and is available for purchase on Steam here.

Just Ignore Them contains examples of: