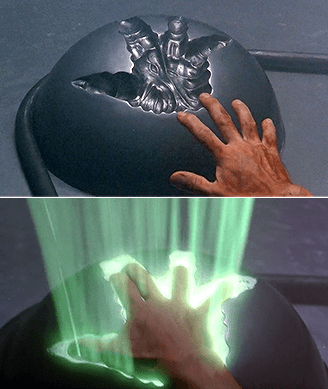 If the alien's transmogrifier has been captured — and was not destroyed in a huge explosion — you will almost certainly want to turn it on the enemy. This could, in principle, be difficult. Alien technologies are, well, alien, and it might be hard to figure out how they work, or do basic maintenance and troubleshooting, let alone repair major damage. After all, Americans have trouble figuring out how to operate a rice cooker with Japanese instructions, let alone an alien spaceship.

Luckily, a corollary of Ragnarök Proofing comes to the rescue. Captured alien technologies always work, and are usually very intuitive for humans to use. This is true even in emergencies, even after the working parts have been seriously damaged, even when it comes from Starfish Aliens that shouldn't have human compatible interfaces, and even after thousands or millions of years. Pretty handy, huh?