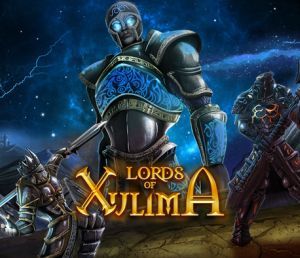 Lords of Xulima is a Western RPG with Turn-Based Combat, released on PC by Spanish developer Numantian Games in 2014. The game has been described as a throwback (or possibly a homage) to classic Western RPG series like Might and Magic.
Advertisement:

The player takes the role of Gaulen, an explorer from a war-torn land who is suddenly sent on a quest to the mythical continent of Xulima by Golot, the Architect of the gods. Arriving there with a hand-picked group of companions, he learns that the gods, the Lords of Xulima, are at war and that the world's fate hangs in the balance...and that is up to him to sort things out. Of course, things turn out to be a little more complex than that...