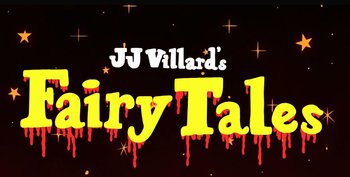 What do you get when you take the Fractured Fairy Tale trope and combine it with the mind of the creator of King Star King? Complete insanity.
Advertisement: