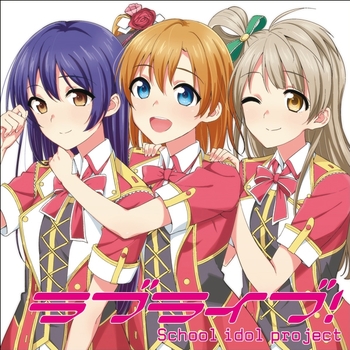 The first manga adaptation in the Love Live! franchise, which began serialization in the January 2012 issue of Dengeki G's Magazine. It is written by Sakurako Kimino and illustrated by Arumi Tokita.

It follows the formation and adventures of the group µ's (pronounced "muse"), a school idol group which is started to try and save their school, Otonokizaka Academy, from closing due to lack of new students.