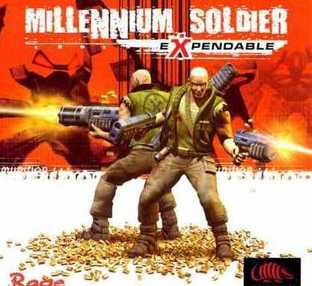 A top-down run & gun shooter developed by Rage Software and released for the PC, PlayStation, Dreamcast, and Android.

It is the future and mankind has managed to build a galactic empire by terraforming worthless wastelands into habitable planets. However, humanity’s expansion is threatening by a war mongering alien race know as the Charva, who have conquered some of the distant colonies. A mothership full of expendable cloned super-soldiers is sent to eradicate the threat.

Being a throwback to overhead shooters such as Commando or Ikari Warriors, the game is quite light on story. However, it is not light on stuff to blow up, badass weapons and relentless hordes of enemies.

Not to be confused with the 2010 Stallone action film.