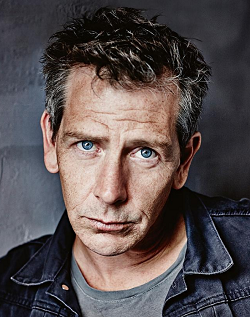 Paul Benjamin "Ben" Mendelsohn (born April 3, 1969 in Melbourne, Australia) is an Australian actor, known for his work in the films Animal Kingdom, The Dark Knight Rises, Killing Them Softly, The Place Beyond the Pines, Starred Up, Exodus: Gods and Kings, Lost River, Star Wars: Rogue One, Ready Player One (2018), and Captain Marvel (2019). He also stars in the Netflix series Bloodline, for which he received a Primetime Emmy Award nomination. He primarily plays villains, criminals, thugs and low-lifes.

Are we BLIND? Deploy the tropers! MOVE!