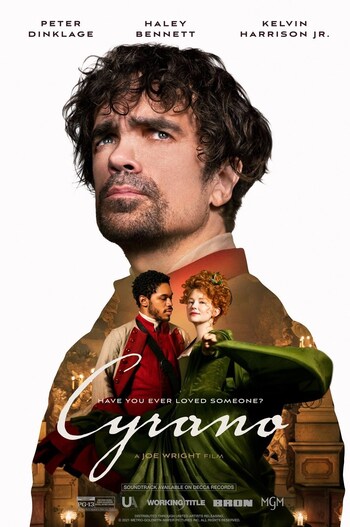 Cyrano is a 2021 musical romantic drama film directed by Joe Wright, based on Erica Schmidt and The National's eponymous 2018 stage musical of the same name, itself an adaptation of the 1897 French stage play Cyrano de Bergerac by Edmond Rostand. The film stars Peter Dinklage in the title role, Haley Bennett as Roxanne, Kelvin Harrison Jr. as Christian, Bashir Salahuddin as Le Bret and Ben Mendelsohn as De Guiche.

The film premiered at Telluride on September 2, 2021 and saw an awards season one-week engagement starting December 17. It was theatrically released on February 25, 2022.