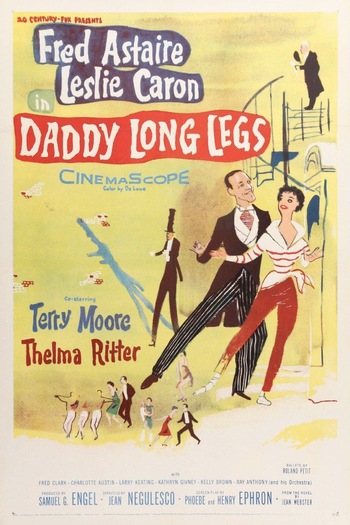 It is a loose (very loose) movie musical adaptation of Jean Webster's oft-filmed 1912 novel Daddy-Long-Legs. The basic plot of a wealthy man named Jervis Pendleton secretly sponsoring the education of an orphan girl and them falling in love without her knowing he's her sponsor is the same. Everything else is different.