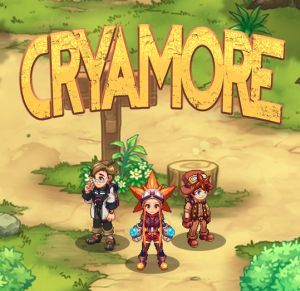 Cryamore was an indie action-adventure game in development for Windows, Mac, Linux, iOS, and Android platforms, as well as PS3, PS4, Xbox 360, and Wii U. It was meant to take influences from classic Action RPG titles such as The Legend of Zelda, Metroid, Secret of Mana, and Brave Fencer Musashi and was funded chiefly through donations via Kickstarter in early 2013.
Advertisement:

The plot would have focused on the adventures of explorer and inventor Esmyrelda Maximus, who travels throughout Noka Island to discover the secrets behind the mysterious element Cryamore, which is the island's power source and contains magical properties.

Not to be confused with CRY SOME MORE! Or one anime about women with big swords.