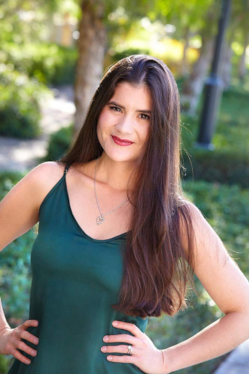 Cristina Milizia (once known as Cristina Ullola) is an American voice actress born on February 1, 1984, and is one of the newer voice actors in the industry. She started acting at a young age, mainly in commercials, but her career really took off in the 2010s.

One of her most well known roles is on DC Super Hero Girls, where she is the first person ever play to Jessica Cruz, a Latina Green Lantern, who is in fact one of the newest. Some of her other roles include Darcy on Bunsen Is a Beast, LaLa the baby toy koala on Doc McStuffins, and Abbey Bominable in more recent Monster High material.