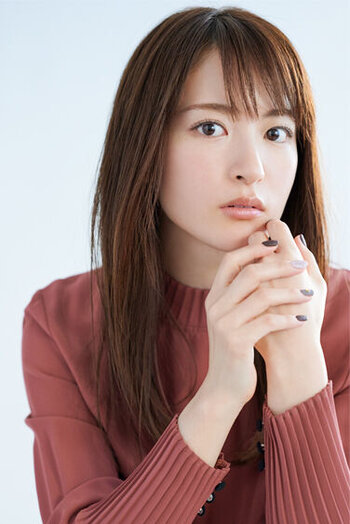 Mikako Komatsu (born November 11, 1988 in Kuwana, Japan) is a seiyuu from Mie who made her debut in 2010 as Joey in the Heroman series. She started becoming more famous after playing the female lead of Bodacious Space Pirates as well as Neko in K.

She was named after Mikako Kotani, an Olympic swimmer in the 1988 Seoul Olympics

due to the fact that when she was still in her mother's womb, she would apparently fidget whenever someone yelled out Kotani's name on TV. This little bit of trivia actually got her recognized by Kotani herself on a radio show.

She's a big fan of Case Closed and Dragon Ball. As a matter of fact, her extensive knowledge of Dragon Ball was what convinced her agency that she was serious about getting into anime voice-acting, and she eventually got the role of Joey on her first audition.

On May 12, 2020, she announced on her Twitter account that she and her fellow voice actor, Tomoaki Maeno, got married.

Notable roles of hers include: