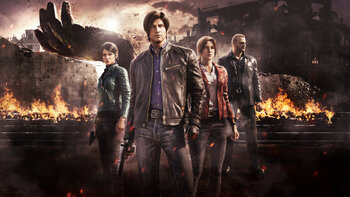 Resident Evil: Infinite Darkness is a 2021 Netflix original anime web series based on the Resident Evil series by Capcom.

Set two years after Resident Evil 4, a viral outbreak has been set off at the White House, with Leon S. Kennedy and Claire Redfield investigating these mysterious outbreaks. However, there are more dark secrets than they realize.

The series has a Blu-Ray release worldwide on December 21, 2021.