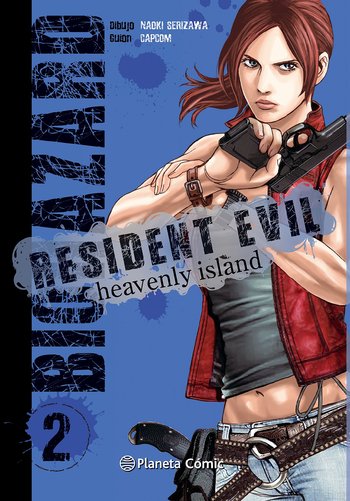 Heavenly Island is a serialized manga by Naoki Serizawa, published in Weekly Shonen Champion. Like Serizawa's previous work, Marhawa Desire, it is a canon installment in the Resident Evil series. It began its run on March 6th, 2015.

A Japanese game show called "Idol Survival" sets up to film on an island in South America, where they plan to send "gravure" models into the wilderness as part of a competition. The producers are unaware that neighboring islands have recently reported the appearance of virally-induced mutants.

As Claire Redfield arrives on the island to investigate the mutants on behalf of TerraSave, the "Idol Survival" competitors soon discover the source of the mutations: the jungle interior of the island is home to horrifically mutated humans, who attack them on sight.