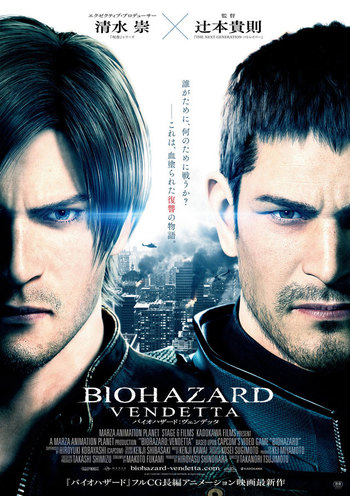 BSAA member Chris Redfield enlists the help of government agent Leon S. Kennedy and Professor Rebecca Chambers from the Alexander Institute of Biotechnology to try to stop Glenn Arias, a death merchant who is on a mission of vengeance from spreading a new deadly virus known as "The Trigger Virus" in New York City.

It has a novel adaptation of the same name.

The film was released in Japan on May 27, 2017 and in Summer 2017 in North America. The first trailer can be viewed here