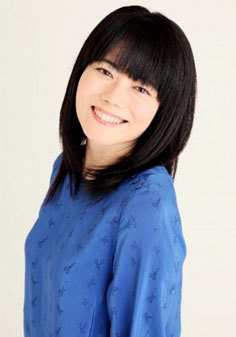 Or, if you prefer, Yuko-neesama.
Advertisement:

Yuko Mizutani (November 4, 1964 - May 17, 2016) was a veteran voice actress known for voicing the big sister Sakiko Sakura of the long-running family anime Chibi Maruko-chan. She was one of those people who isn't exactly known for who she was in Real Life, but more of who she voiced: Action Girls of varying degrees were perhaps the majority of her roles, but she also played the protagonist's little sister. Expect to find Toshiyuki Morikawa and Kazuhiko Inoue working alongside some of her works.

Western fans of her work will note that her natural speaking voice was that of Excellen Browning, and that she also played Super Robot Wars OG Saga: Endless Frontier EXCEED.

Unfortunately, on May 17, 2016, she passed away due to breast cancer, making Super Robot Wars Original Generation: The Moon Dwellers her last voice-acting role. Rest in peace, big sister...

(If there's some consolidation, it's that some of her roles eventually got succeeded by some others, like Aya Endo)