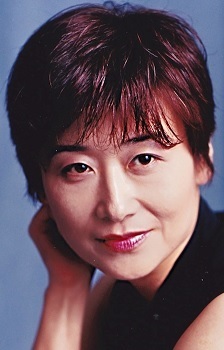 Yoshiko Sakakibara is a seiyu born in 1955 whose mature, firm, but sexy voice would suit her for the Yamato Nadeshiko or Team Mom roles. However, she can do it with The Baroness as well, and that's probably how she got the role of Haman Karn of Zeta Gundam and Queen Nehellenia in Sailor Moon. While she don't usually voice male roles, she did Rosamarine in Kaze to Ki no Uta.

Sakakibara is often appointed in the works of Mamoru Oshii as main/regular characters such as the Kerberos CD dramas, Patlabor, Urusei Yatsura, and Ghost in the Shell S.A.C 2nd Gig.