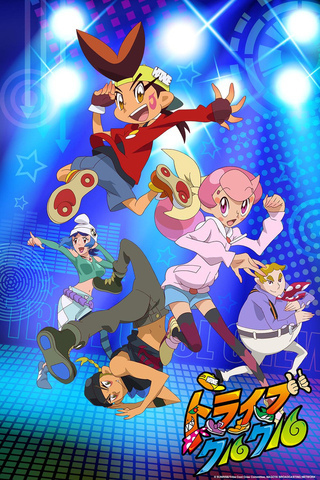 Tribe Cool Crew is a 2014-2015 dancing anime series produced by Sunrise and Ajia-Do, with Bandai Namco Pictures replacing Sunrise midway and CGI by Asahi Production. One day, Haneru Tobitatsu, a middle school student who loves to dance, meets Kanon Otosaki, a girl who is also skilled at dancing, but is shy about doing it in public. As the two get to know each other, they team up with three other dancers, Kumo, Mizuki, and Yuzuru, to form the dance group Tribe Cool Crew. The series is currently being streamed on Crunchyroll

, and has been licensed for a physical release by Sentai Filmworks.