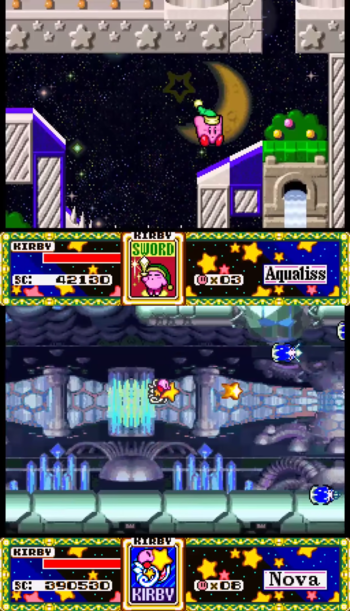 Top: What 99% of the game is like.
Bottom: Taking down Nova's gonna need some serious firepower.
Advertisement:

A subcategory of Unexpected Gameplay Change often found in action games, this is a level in which the Player Character enters a sequence reminiscent of an old-school Shoot 'em Up, usually of the side-scrolling space shooter variety. The sequence is usually triggered after gaining access to a certain vehicle or Power-Up. Because of its climactic nature, this is a relatively common gameplay style for final levels and Final Boss battles.

As the example list shows, there are two very distinct forms of this level: