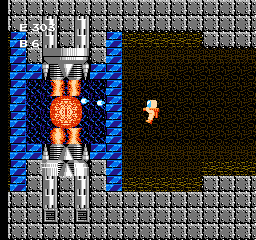 ...then get out before it blows!
Advertisement:

It seems that the final battle in many First Person Shooters these days consists of you trying to blow up the enemy base's main reactor, typically guarded by automatic turrets, an endless swarm of Mooks, and occasionally emissions from the reactor itself.

This is usually done as an attempt to have a climactic action sequence while avoiding having an obvious Final Boss battle, either because it wouldn't fit with the tone of the game, or because the design team's philosophy is that "boss battles are stupid."

When done well, it can give an action game a satisfactory final confrontation without having to rely on dropping in a 50-foot tall Giant Space Flea from Nowhere, or having the enemy General inexplicably turn out to be Made of Iron and capable of surviving a few dozen rocket launcher shots to the face.

When done badly, it can be an extremely unsatisfying and anticlimactic conclusion to an otherwise exciting and action-packed game of blowing crap up. Can often be considered an Anticlimax Boss.

See also Cores-and-Turrets Boss. Very common in a Shoot 'em Up. Also a common justification for a Load-Bearing Boss.